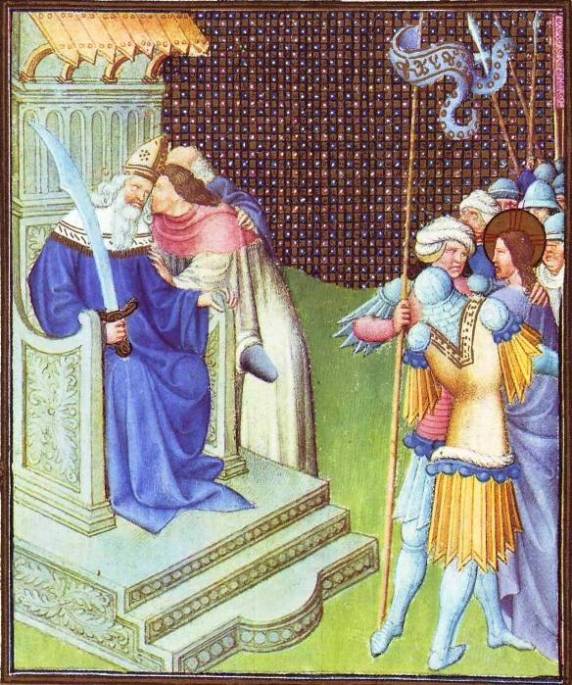 ”And they that laid hold on Jesus led him away to Caiaphas the high priest . . . and all the Council sought false witness against Jesus to put him to death” (Matthew 26: 57,59).

Caiaphas, wearing a miter and holding a sword of justice, listens intently to the evidence that Christ has claimed that he could destroy the Temple and build it up again within three days.

The soldiers keep a firm grip on Jesus, who stands quietly watching Caiaphas

Notice how the artist has arranged the figures: there is a yawning gap between Caiaphas, sword in hand and on a throne, and Jesus, standing surrounded by enemies, almost hidden by the figures of people who would like to kill him. 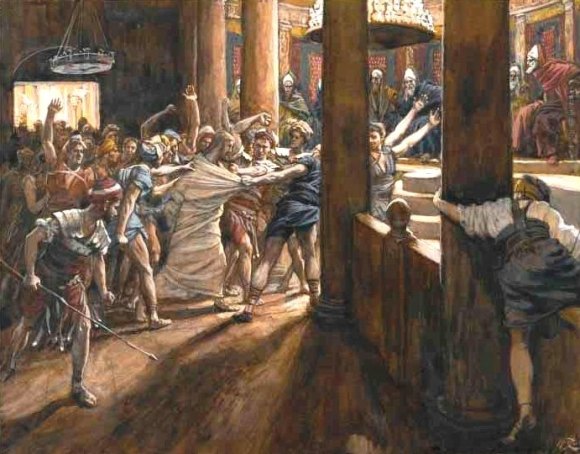 A 19th century painting of this event, by James Tissot

Peter: Most human of all the apostles