Ideas & quotes from books about the trial of Jesus. How much is historical fact, and how do we know this?

‘Was Antipas legally competent to deal with Jesus in Jerusalem? The issue of competence turns on Roman law: where was a trial conducted, where the crime was committed or in the criminal’s place of residence, and was it conducted by magistrates of the one location or the other?

Pilate might, for the reasons hinted at in the narrative, plausibly have asked Antipas to have a look at Jesus, but he was not obliged to hand Jesus over. 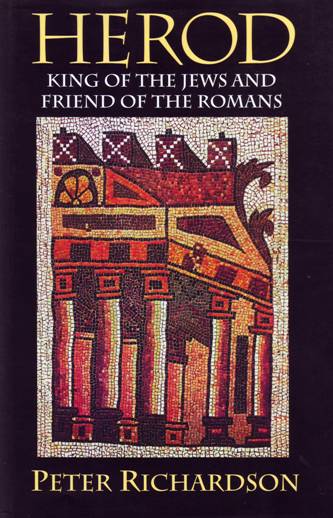 Would Antipas have been competent? Trial in the place of ordinary domicile only came in later, so Pilate could not have evaded jurisdiction even if he wished to do so, though he could still have sent Jesus before Antipas.

Regarding the relationship between Antipas and Pilate, we have no direct evidence – and only slender threads of indirect evidence – that the two were at odds. Since Antipas was the logical person to inherit Judea, Samaria, and ldumaea when Archelaus was deposed in 6 CE, he would have been unhappy being subordinate to a succession of Roman prefects of Judea. He had speciﬁc reasons to be unhappy with Pilate’s actions and maybe with Pilate’s attitude in general. (p.312)

‘……Third, what of Antipas’s ﬁnding of no guilt in the informal hearing and the indications that he sought to kill him?

The evidence for a decision to kill Jesus is slanted, probably exaggerated, and perhaps a result of a Herodian party’s views. But it is not altogether implausible, given Antipas’s execution of John; since Jesus did not personally attack Antipas, he probably felt Jesus was not as guilty as John was.

Did Antipas hear Jesus before Pilate’s sentencing? If Luke’s narrative is independent of Mark’s, the plausibility of an Antipas-hearing is increased, and some of Luke’s and Mark’s differences would have to be resolved in favor of Luke. Yet if Antipas had a role in the trial, four episodes would need to be squeezed into a very busy morning:

Perhaps not an impossible schedule, but an extremely tight one.’

Herod, King of the Jews and Friend of the Romans, Peter Richardson, University of South Carolina Press, South Carolina, 1996, p.311-2. 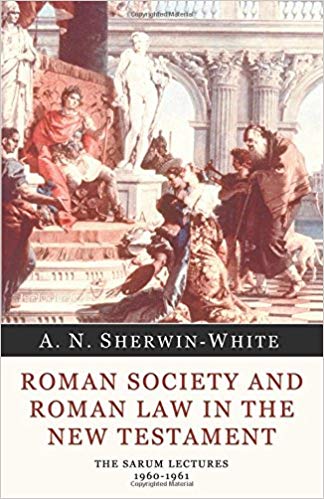 ‘The charge is clearly indicated, not as a charge against a particular Roman law, but as a charge of particular undesirable actions on which Pilate is asked to adjudicate. Mark and Matthew merely hint at the nature of the charge by giving Pilate the question: ‘Are you a king of the Jews’

That this means ‘a leader of the resistance’ is shown by a parallel from Josephus, who remarks of the troubles after the death of Herod : ‘as the several companies of the seditious lighted upon anyone to head them, he was created a king immediately, in order to do mischief to the public’ Luke is explicit: ‘we found this fellow disturbing our people, telling them not to pay tribute to Caesar, and calling himself a king’

This ﬁts very well the workings of cognitio. The accusers allege facts, and the judge decides what to make of them. Since there was no defence, Pilate had no option but to convict. That was the essence of the system.

On Luke’s time-table the reference to Pilate cannot take place until several hours after dawn. One can tell, from our ample evidence about the arrangement of the upper-class Roman ofﬁcial’s daily round, that the tactless Jews would have arrived, on this scheme, at a moment when Pilate was enjoying the elaborately organized leisure of a Roman gentleman.

There is plenty of information about the Roman daily round. The emperor Vespasian was at his official duties even before the hour of dawn, and the elder Pliny, most industrious of Roman officials, had completed his working day, when Prefect of the Fleet, by the end of the fourth or ﬁfth hour. In Martial’s account of daily life at the capital, where two hours are assigned to the protracted duty of salutatio, the period of laborer ends when the sixth hour begins. Even a country gentleman at leisure begins his day at the second hour.

The detail of the time-table may seem trivial, but it is like the button that hangs the murderer. The Jews, because of the festival, were in a hurry. Hence there was every reason to hold the unusual night session if they were to catch the Procurator at the right moment.

The quite unessential detail of the ﬁre, which is common to both Mark and Luke, in the story of Peter’s denial, supports the Marcan version. Why light a ﬁre – an act of some extravagance–if everyone was sleeping through the night? By way of analogy–it is not an exact parallel–one may quote the younger Pliny’s astonishment at his uncle’s habit of studying at night, and the way he underlines it as an exceptional circumstance when a protracted session of the Senate was concluded by lamplight.

The Trial of Christ in the Synoptic Gospels, in Roman Society and Roman Law in the New Testament, A.N.Sherwin-White, Clarenden Press, Oxford, 1963, p44

Famous paintings
of the trial of Jesus