The amount of food served depended upon the economic circumstances of the household. 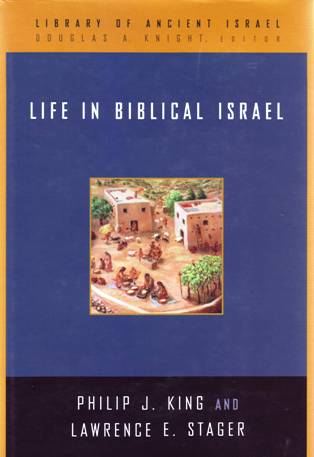 The meal was basically a one-pot stew served in a common bowl and sopped up with bread.

A thick porridge or stew of vegetables, some- times containing meat, is mentioned several times in the Bible. Usually made with lentils or other vegetables, the pottage was seasoned with herbs.

In his deception of Esau to win the birthright, Jacob prepared lentil stew which Esau described as “that red stuff (Genesis 25:29-34). The reference to “red” appears to be a wordplay on the land of Edom (“red”) with which Esau was associated.

Elisha served a similar stew to the company of prophets, which they ate from the pot in which it was boiled (and they were almost poisoned) (2 Kings 4:38-41).

The average family ate meat only on festive occasions. The arrival of prominent guests warranted serving meat, as in the case of the three strangers who visited Abraham and Sarah.

When Saul consulted the medium at Endor, she slaughtered a stall-fed calf and baked unleavened cakes (1 Sam. 28:24-25). The Hebrew marbéq (stall) designates an enclosure where animals were restrained for fattening. Apparently the “prodigal son” of Luke’s Gospel was served the same dish upon his return home (Luke 15:23-27).
Several other biblical texts provide information about the foods the Israelites ate. When David was in ﬂight from Absalom, provisions brought to him at Mahanaim (in Transjordan) consisted of “wheat, barley, meal, parched grain, beans and lentils, honey and curds, sheep, and cheese from the herd” (2 Sam. 17:28-29).”

Condiments and Spices: Spices were always essential, and trade in them with Arabia and the Far East was an important matter. lt has been suggested that before the introduction of pepper (first mentioned in the Mishnah), seeds like coriander (Ex. 16:31), black cummin (ls. 28:25), origanum or the post-Exilic nigella (Hebrew “kezah”; “melanthion” to the Greeks and Romans), played an important part in preparing food and were grown in the country.

Caperberries (Ex. 12:8) were eaten as an appetizer before meals and also used as a condiment. Other herbs were grown, notably mint and rue, which was used mainly for medicinal purposes. 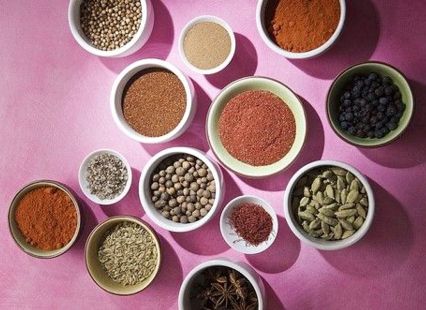 Salt was particularly important in sacrificial ritual and for ceremonial purposes. It came mainly from the salt pans of the Dead Sea. Because of its function as a food preservative, salt was a symbol of permanence, which may explain the “covenant of salt” (Lv. 2:13: Nu. 18:19; ll Ch. 13:5), meaning an inviolate covenant. established for all time. Thus the salt used in every sacrifice may have come to symbolize God’s irrevocable covenant with Israel.

Food in the time of Jesus

Feast of the Prodigal Son

The Witch of Endor