The man with an unclean spirit 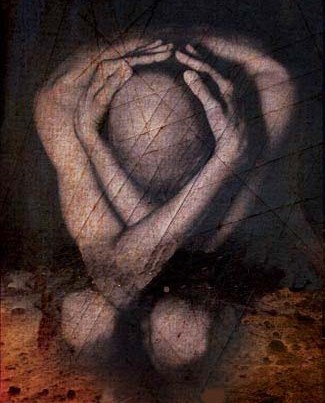 The man whose body housed the demons was suffering from what today would be called a manic-depressive psychosis associated with demonic possession.

At that time this sort of classification was unknown, and there was no treatment except physical restraint and expulsion from the community.

We are told this man ‘lived among the tombs‘. The dead could not be buried within the limits of a village or town; they had to be buried outside it. So there were spaces hollowed out of the ground on the edges of each village. Here the bodies of the dead were kept until all the flesh had rotted; then the bones were collected and placed in a box.

So we can guess that the place the demented man lived in was stinking and unfit for human habitation. For a Jew, the idea of living in such a place would have been even more horrifying, since it implied perpetual uncleanness.

The wretched man was kept tied up like an animal. Even so he could not be controlled. He must have been physically strong, his strength reinforced by his belief that he was possessed by 5,000 demons. 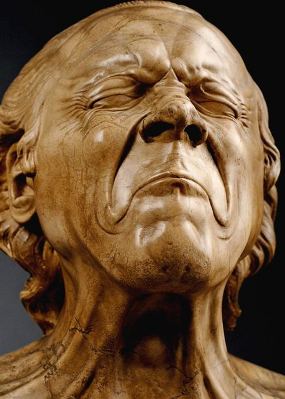 He must also have been terrifying to the villagers who knew him, or knew his family. There was little understanding of mental illness at that time. People struggled with this particular man the way they would struggle with an animal.

This miserable, tormented man was

See blue text at end of this page

Everyone was terrified of this man, and he was terrified of himself. Yet when he saw Jesus he immediately recognised someone who could him. If Jesus could cast out the demons, they would no longer control him. 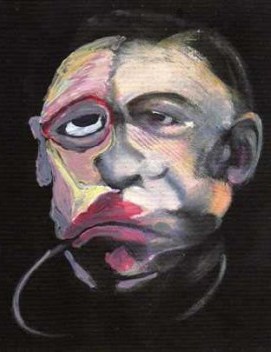 He shouted out to Jesus, calling him the ‘Son of the Most High God’. This was a term used in Scripture by Gentiles; this man must have been Gentile or lived in a mixed community, since the villagers kept pigs, something forbidden to Jews.

Jesus called out a question to the man, or to the force that controlled him: ‘What is your name?’ People in the ancient world believed that knowing a person’s name gave you power over them. But more importantly, Jesus was reminding the man of who he was, that he had his own identity separate from the demons within him.

Jesus addressed the demons as ‘Legion’, a Latin word which people under Roman control would associate with power and oppression. Notice in the gospel passages below that when Jesus spoke to the man he used alternating singular and plural pronouns, as if he was addressing a divided personality.

Jesus told the demons to leave the man but they, through the man, asked Jesus to give them another ‘home’. Jesus agreed, allowing them to enter a herd of pigs grazing nearby. This seems a strange thing to do, but there was a reason: if the man believed the demons had entered the pigs, and the pigs were destroyed, then he would think himself safe from them. He would believe the demons had truly left him, and this would confirm and strengthen his belief that he was healed. 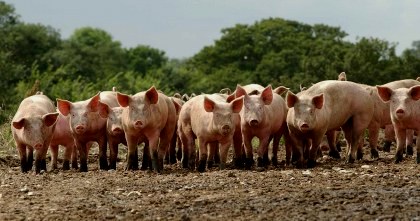 The poor pigs rushed over the nearby cliff to their destruction.

How? In the paroxysm/fit of his deliverance from the demons, the man may have panicked the animals into stampeding over the cliff. A Jewish audience would not have found this much of a loss since pigs were ritually unclean, but the owners of the pigs would not have welcomed it.

Why did the pigs meet this particular fate? In traditional lore, demons are destroyed by drowning.

See green text at end of this page 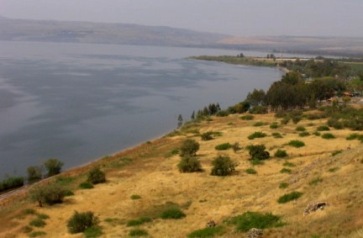 The man: when the demons left him, the healed man’s nature changed in three ways:

With Jesus’ help, he had returned to his better self, and was no longer dominated by the spirits of greed, anger, violence and selfishness.

The townspeople were filled with alarm at the power of Jesus and the transformation he wrought in the possessed man. They realised something supernatural had intruded into their daily lives, and they did not like it. Moreover, they sensed that if Jesus stayed, other things might have the go. They too might be transformed, and so they begged Jesus to go, which he did. Jesus will never stay where he is unwanted.

See red text at end of this page

1. The man with an unclean spirit. Read the blue text

2 And when he had come out of the boat, there met him out of the tombs a man with an unclean spirit, 3 who lived among the tombs; and no one could bind him any more, even with a chain; 4 for he had often been bound with fetters and chains, but the chains he wrenched apart, and the fetters he broke in pieces; and no one had the strength to subdue him. 5 Night and day among the tombs and on the mountains he was always crying out, and bruising himself with stones.

6 And when he saw Jesus from afar, he ran and worshiped him; 7 and crying out with a loud voice, he said, “What have you to do with me, Jesus, Son of the Most High God? I adjure you by God, do not torment me.” 8 For he had said to him, “Come out of the man, you unclean spirit!” 9 And Jesus asked him, “What is your name?” He replied, “My name is Legion; for we are many.” 10 And he begged him eagerly not to send them out of the country. 11 Now a great herd of swine was feeding there on the hillside; 12 and they begged him, “Send us to the swine, let us enter them.” 13 So he gave them leave. And the unclean spirits came out, and entered the swine; and the herd, numbering about two thousand, rushed down the steep bank into the sea, and were drowned in the sea.

14 The herdsmen fled, and told it in the city and in the country. And people came to see what it was that had happened. 15 And they came to Jesus, and saw the demoniac sitting there, clothed and in his right mind, the man who had had the legion; and they were afraid. 16 And those who had seen it told what had happened to the demoniac and to the swine. 17 And they began to beg Jesus to depart from their neighbourhood. 18 And as he was getting into the boat, the man who had been possessed with demons begged him that he might be with him. 19 But he refused, and said to him, “Go home to your friends, and tell them how much the Lord has done for you, and how he has had mercy on you.” 20 And he went away and began to proclaim in the Decapolis how much Jesus had done for him; and all men marvelled. 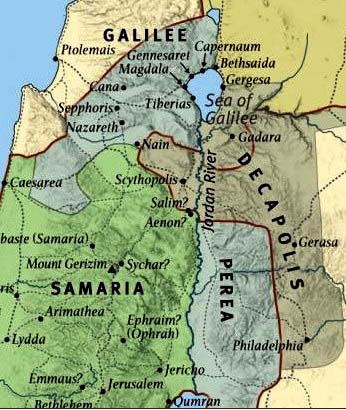 28 And when he came to the other side, to the country of the Gadarenes, two demoniacs met him, coming out of the tombs, so fierce that no one could pass that way. 29 And behold, they cried out, “What have you to do with us, O Son of God? Have you come here to torment us before the time?”

30 Now a herd of many swine was feeding at some distance from them. 31 And the demons begged him, “If you cast us out, send us away into the herd of swine.” 32 And he said to them, “Go.” So they came out and went into the swine; and behold, the whole herd rushed down the steep bank into the sea, and perished in the waters.

33 The herdsmen fled, and going into the city they told everything, and what had happened to the demoniacs. 34 And behold, all the city came out to meet Jesus; and when they saw him, they begged him to leave their neighbourhood.

26 Then they arrived at the country of the Gerasenes, which is opposite Galilee. 27 And as he stepped out on land, there met him a man from the city who had demons; for a long time he had worn no clothes, and he lived not in a house but among the tombs. 28 When he saw Jesus, he cried out and fell down before him, and said with a loud voice, “What have you to do with me, Jesus, Son of the Most High God? I beseech you, do not torment me.” 29 For he had commanded the unclean spirit to come out of the man. (For many a time it had seized him; he was kept under guard, and bound with chains and fetters, but he broke the bonds and was driven by the demon into the desert.)

30 Jesus then asked him, “What is your name?” And he said, “Legion”; for many demons had entered him. 31 And they begged him not to command them to depart into the abyss. 32 Now a large herd of swine was feeding there on the hillside; and they begged him to let them enter these. So he gave them leave. 33 Then the demons came out of the man and entered the swine, and the herd rushed down the steep bank into the lake and were drowned.

34 When the herdsmen saw what had happened, they fled, and told it in the city and in the country. 35 Then people went out to see what had happened, and they came to Jesus, and found the man from whom the demons had gone, sitting at the feet of Jesus, clothed and in his right mind; and they were afraid. 36 And those who had seen it told them how he who had been possessed with demons was healed. 37 Then all the people of the surrounding country of the Gerasenes asked him to depart from them; for they were seized with great fear; so he got into the boat and returned. 38 The man from whom the demons had gone begged that he might be with him; but he sent him away, saying, 39 “Return to your home, and declare how much God has done for you.” And he went away, proclaiming throughout the whole city how much Jesus had done for him.