A Good Samaritan breaks the rules 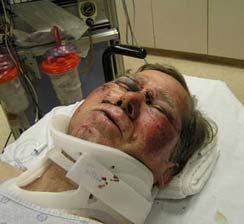 On the Jericho road

A man was travelling on the notorious highway between Jerusalem and Jericho. We don’t know who he was, or why he was there, but we can guess. Jericho was well below sea level, which made it warm in winter. This made it popular with people who had to visit Jerusalem often but could not afford to live there permanently.

The road to Jericho was not a good place to be if you were alone, as this man was. It was 18 miles from Jerusalem to Jericho, more than you could comfortably walk in a day, so there were inns along the way, and plenty of travellers. But to get to Jericho you had to go through long stretches of empty road bordered by rocks and hills. These made ideal places for thugs and thieves to hide.

Normally, people travelled in groups. This made it safer. But the man in this story seems to have been alone. At some point in his journey he was set on by a pack of thugs who beat him savagely and robbed him. When they had finished their sport they stripped him and left him to die.

The priest and the Levite pass by 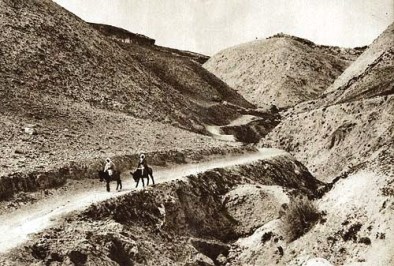 After a little, other travellers came along the road and saw him. They were probably shocked and frightened, as any normal person would be.

The first was a priest from the Temple in Jerusalem. He was an important man. The priesthood was hereditary; you could not volunteer for it, as in the modern world. A person only belonged if they were born into it. It was a closed, high-ranking office.

Priests had an obligation to obey laws which made them ritually clean, suitable for service in the Temple, and the man at the side of the road, the victim, was befouled with his own blood and waste matter. This would certainly make a priest unclean if he came into contact with the victim. The trouble is, that this priest was travelling away from Jerusalem where the Temple was, not towards it. His Temple duties were already completed. He could have helped, but did not.

The second traveller to pass by the wounded man was a Levite. A Levite was a Temple official from the priestly tribe of Levi. He was one step down in status from the priest. He had studied the Law of Moses in the Torah (the first five books of the Old Testament), and his task in life was to interpret this Law. He was a respected and responsible member of society. But he too passed by.

Together, these two men, ‘priest’ and ‘Levite’, stood for the great ruling religious institutions of the Jewish nation at the time of Jesus.

Read the green text at bottom of page

The Samaritan takes pity on the beaten man

Just at the moment of crisis, help arrived for the wounded man. In other words, here comes the cavalry.

But what a surprise when we learn who the rescuer was. A Samaritan. To a Jew, such a man was a classic villain. Jews and Samaritans detested each other. Samaritans were, as far as the Jews were concerned, socio-religious outcasts. Putting the words ‘neighbour ’and ‘Samaritan’ in the same sentence seemed, to Jesus’ audience, a contradiction in terms. How could ‘good’ go with ‘Samaritan’?

But Jesus contradicted this stereotype. A person who was once despised (the Samaritan) was held up as an example. Traditionally revered figures (the priest and Levite) were rejected. 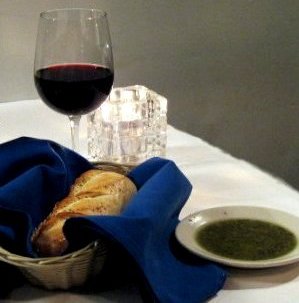 Jesus made the story vivid by giving details of what the Samaritan did:

Only then did the Samaritan continue on his journey.

Read the red text at bottom of this page

How the Kingdom will come

The people listening to the story expected the Jewish men, rather than the Samaritan, to know how to live according to the Torah.

Jesus turned this expectation on its head. He asked people to jettison their comfortable ideas about who was a good person, and who was not. Actions speak louder than words. In the Kingdom, the first (the Priest and the Levite) will be last, and the last (the Samaritan) will be first.

The story was not a criticism of priests or Levites. Jesus condemned any people who scrupulously followed an external law rather than their internal conscience. He decried comfortable, entrenched prejudices, and called us to adopt new values, new ways of living. Only if we did so would the Kingdom come into being.

Read the black text at bottom of page

What happened next? See Parable of the Prodigal Son

1. Violence on the road to Jericho. Read the blue text

2. The priest and the Levite pass by. Read the green text

3. The Samaritan takes pity on the beaten man. Read the red text

But he, desiring to justify himself, said to Jesus, “And who is my neighbour?” 30 Jesus replied, “A man was going down from Jerusalem to Jericho, and he fell among robbers, who stripped him and beat him, and departed, leaving him half dead.

33 But a Samaritan, as he journeyed, came to where he was; and when he saw him, he had compassion, 34 and went to him and bound up his wounds, pouring on oil and wine; then he set him on his own beast and brought him to an inn, and took care of him. 35 And the next day he took out two denarii and gave them to the innkeeper, saying, ‘Take care of him; and whatever more you spend, I will repay you when I come back.’

36 Which of these three, do you think, proved neighbour to the man who fell among the robbers?” 37 He said, “The one who showed mercy on him.” And Jesus said to him, “Go and do likewise.”

I’m only human…
The man is reduced, in an isolated place, to a desperate situation. Naked, beaten up, abandoned, half dead. In the same situation, driving along a lonely dangerous road, seeing what looked like a dead body – what would you do? Isn’t what the priest and the Levite do understandable? Discuss.

The Kingdom is now
What difference has being a Christian made to your life? Make a list of ways it has changed you. Are you happy with that list, or is there something more you could be doing? Spend some time thinking about this.

Maps of Jerusalem and Jericho 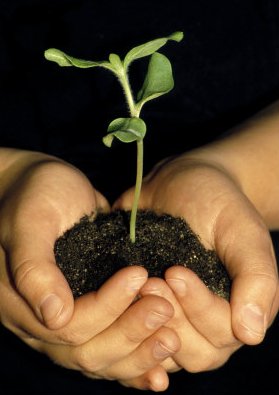 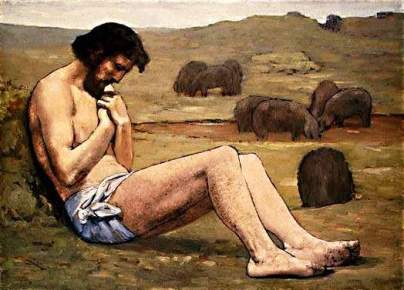