Jesus was born at Bethlehem in the days of King Herod, who died in the spring of 4 BC. Jesus’ birth probably occurred in 4 or 5 BC. According to Luke (2:22-24), the baby/child was presented at the Temple.

Menaced by the half-mad and very dangerous King Herod, Joseph and Mary decided to ﬂee to Egypt by night.

The shortest way to leave Herod’s domain was seemingly by way of Ascalon, which lay on the main road to Egypt: the safer way of the desert would have been too arduous for a woman and a newborn baby. 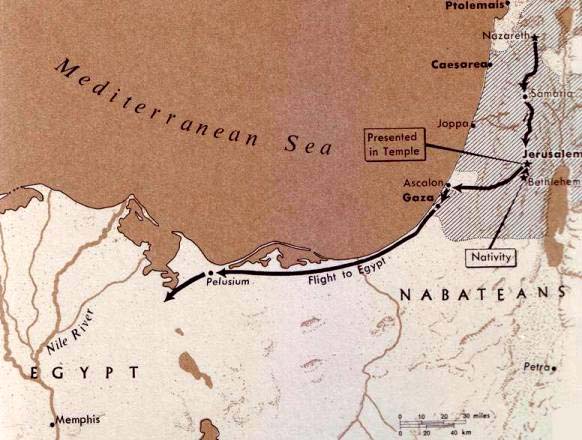 The family arrived unharmed in the land of the Nile, where they found shelter and sustenance among the many Jews then living in Egypt.

Exactly where they lived is unknown, but there was a sizeable number of Jewish enclaves there at the time, and Joseph and Mary probably had relatives or connections among them. 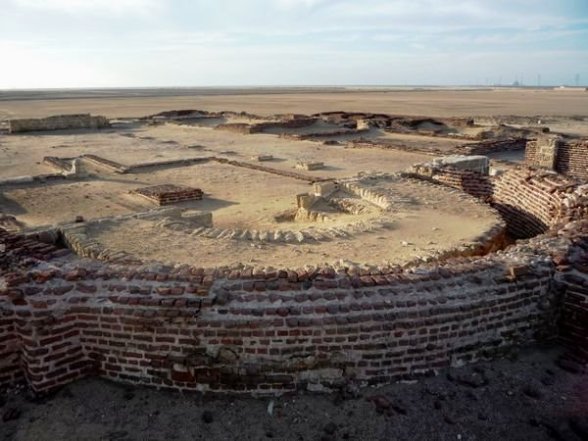 (Above and below) Ruins of the ancient city of Pelusium,
though which Jesus, Mary and Joseph probably passed on their journey to Egypt 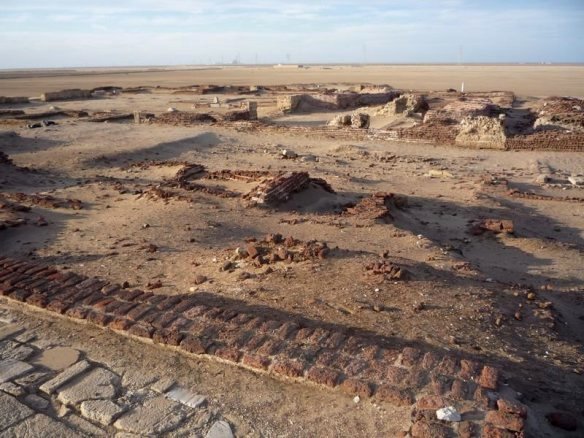 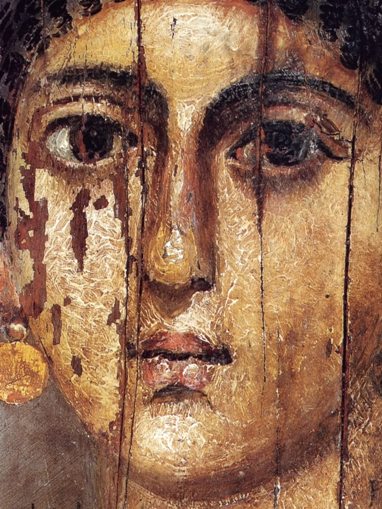 This Egyptian coffin portrait was painted only a little after the time that Mary and Joseph lived there. The two peasant farmers from Galilee, parents of Jesus, would have encountered a highly sophisticated society capable of producing subtle paintings like the one above. It was a long way from Nazareth.

Herod – the Bible’s
most wicked man?