Jesus questioned by the High Priest

After he was arrested Jesus was taken to Annas, who had once been High Priest and was now father-in-law of the current High Priest, Caiaphas. No fewer than five of Annas’ sons, and his son-in-law Caiaphas, had occupied the office of High Priest at one time or another. The family was noted for its greed.

Annas was a person of enormous power and influence, and many people probably considered him to be the ‘real’ high priest even though relatives like Caiaphas held the title. The evangelist John called Annas the ‘high priest’ in verse 19 in the same way that journalists refer to former presidents and governors without using the word ‘former’. 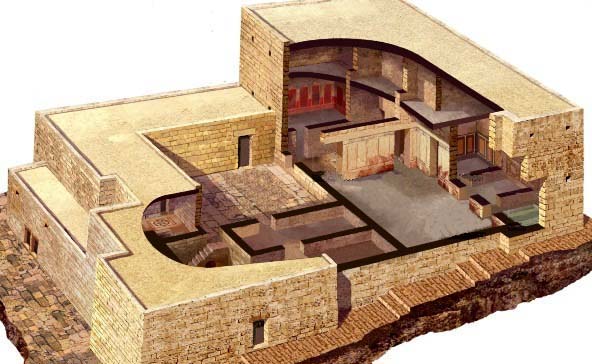 Model of a house excavated from the ruins of 1st century Jerusalem. It may have belonged to Annas. If so, Jesus was questioned in one of the small side-rooms or in a corner of the courtyard. 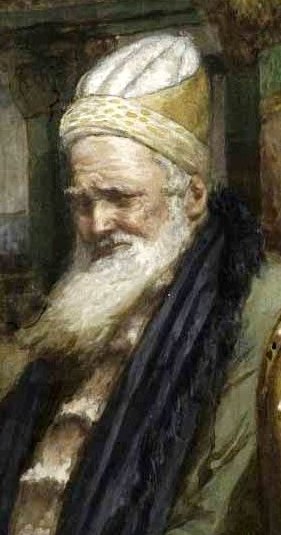 In the preliminary questioning of Jesus, Annas tried to gather evidence that could later be presented at a formal hearing before the members of the Sanhedrin.

He questioned Jesus about two things:

The first line of questions may have been an attempt to gauge the size of the group supporting Jesus. The second suggests that Annas saw Jesus’ theology as a likely area in which he could be attacked, even though the Jewish authorities would later present Jesus to Pilate as a political danger. The highly educated priests were sceptical about the theological knowledge of someone like Jesus, a peasant-preacher from rural Galilee.

We know that Caiaphas, the current High Priest, saw Jesus as a dangerous threat to stability in Jerusalem. We don’t know what Annas thought, but it was probably the same.

Strictly speaking, Annas’ questioning of Jesus was not legal. Jewish law provided strict safeguards for the accused, who could not be required to incriminate himself. The case against him had to be established by the testimony of witnesses – defence witnesses first, then witnesses for the prosecution. 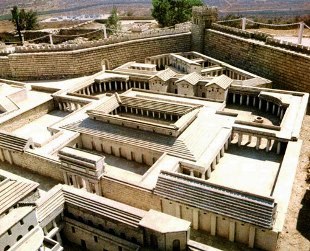 But this incident with Annas was not part of a formal trial. It was a quick enquiry, late at night, in an emergency situation. It may have taken only a few minutes, after which Jesus was hustled out into the darkness – see the courtyard and anterooms in the model of Annas’ house (above), where the questioning took place.

When the questioning was finished, soldiers took Jesus to the guards’ barracks and prison cells in the palace of Caiaphas, which was a much larger building than the house of Annas. See a modern reconstruction of this building at right.

Jesus’ response to the questioning was calm, dignified, but non-committal. He refused to give specific answers to Annas’ questions, and this was interpreted as a lack of respect. 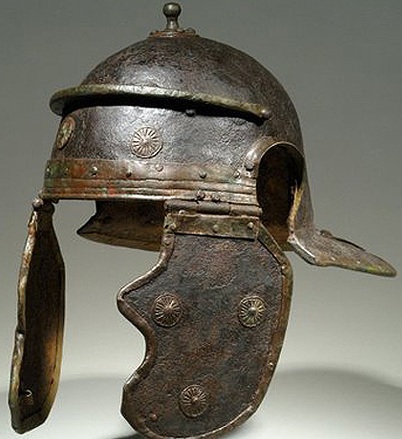 One of the onlookers, a soldier, struck Jesus with his hand (the word in the original text, rhapisma, means a sharp blow with the flat of the hand.) This action began the cycle of violence that would end with Jesus’ death.

If Jesus was to be sentenced to death by Pilate, as seems to have been the plan, a legal accusation had to be made by the reigning High Priest, Caiaphas, as chairman of the Sanhedrin. An accusation by Annas, however influential he was, was not enough.

Moreover, Jewish legal procedure did not permit an accused person’s testimony to be used against him. So when Jesus said ‘Why do you question me?’ it really meant ‘I do not have to answer these questions because you are not following correct legal procedure.’

So the next part of the story would unfold: Jesus would face Caiaphas and the Sanhedrin.

See the next part of the story at Jesus and Caiphas: the Trial 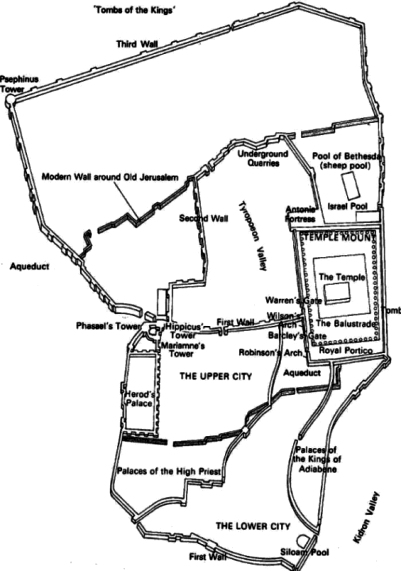 1 Jesus is taken to Annas: Read the blue text

13 First they led him to Annas; for he was the father-in-law of Caiaphas, who was high priest that year. 14 It was Caiaphas who had given counsel to the Jews that it was expedient that one man should die for the people.

19 The high priest then questioned Jesus about his disciples and his teaching. 20 Jesus answered him, “I have spoken openly to the world; I have always taught in synagogues and in the temple, where all Jews come together; I have said nothing secretly. 21 Why do you ask me? Ask those who have heard me, what I said to them; they know what I said.”

22 When he had said this, one of the officers standing by struck Jesus with his hand, saying, “Is that how you answer the high priest?” 23 Jesus answered him, “If I have spoken wrongly, bear witness to the wrong; but if I have spoken rightly, why do you strike me?” 24 Annas then sent him bound to Caiaphas the high priest. 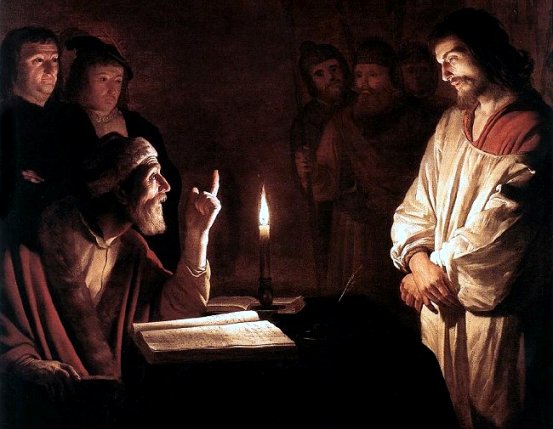