Mary, Joseph and the angel Gabriel

In brief: The angel Gabriel brought a message to Mary of Nazareth, an unmarried Galilean peasant girl, asking her to be the mother of the long-awaited Messiah.

What happened at the Annunciation?

The story opens with a bold but simple statement. In the sixth month of Elizabeth’s pregnancy, the angel Gabriel came to the small town (not a city as Luke calls it) of Nazareth and visited a young woman who was engaged to marry a man called Joseph; he was of the house of the great King David, and her name was Mary.

These two young people were promised to each other, but not yet married. This meant Mary was still living with her parents, in a modest home in a small, backward village. They were obscure, unimportant people, known only to their relatives and friends. Had the angel not approached Mary, or if she had baulked at the angel’s request, no-one would ever have heard of them.

Who or what was an ‘angel’?

An image probably jumps to mind of a white-clad, winged young man. This is the way that angels are traditionally portrayed, and we are so used to this that we find it difficult to imagine Mary and the Angel as anything other than two separate figures facing each other in a simply furnished room.

But what did the writers of the gospels mean when they used the term ‘angel’?

They were speaking of a message from God. It could come in a dream, or as an overpowering premonition, or as a vision. However it appeared, it was powerful enough to shake the person to their foundations: the person who received/saw the Angel/message was convinced they had received a message directly from God – it was, in fact, God-given.

This is what Mary experienced.

Read the blue text at the end of this page. 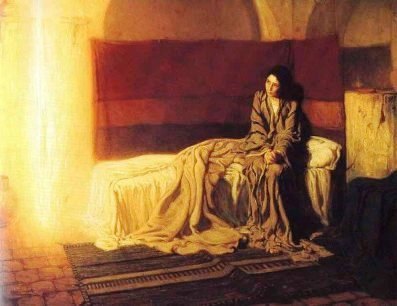 Mary was initially startled by being addressed as ‘favoured’. This is hardly surprising, since she was at the bottom of the social ladder: a young childless woman from an obscure family and an Annunciation, the angel Gabriel and Mary of Nazareth unfashionable part of the world. The angel’s reply was that she was favoured by God, and that she was to have a son who would be the Messiah.

This meant a dazzling future for her. All Jewish people at that time expected the arrival of a Messiah who would give them a glorious future: enemies would be vanquished, poverty and hardship eliminated, people transformed by goodness.

Mary’s deep-felt awareness of her son’s future must have been overwhelming for such a young girl – as it would have been for anyone.

The Annunciation, painting by George Hitchcock Mary does not seem to have doubted for a moment that conception could 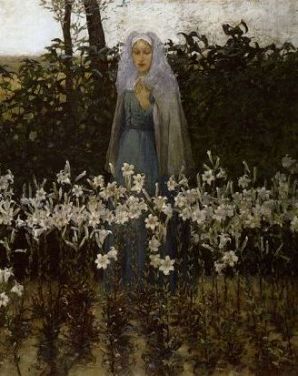 occur. She was perplexed because she knew she was unmarried, but unlike Zechariah when he was told about the conception of John the Baptist, Mary did not ask for a tangible sign.

She understood the angel’s words to be referring to an immediate conception, and this puzzled her. She could not imagine how she could conceive before her marriage, and her marriage to Joseph was still some months away.

The angel’s reply made it clear that this was to be an exceptional birth. Mary’s son was not to be an earthly Messiah, born of earthly parents and raised by God to the level of a great hero. This was to be truly the Son of God, and his birth would be due to the power of the Spirit of God coming over Mary so that her child would be divine. He would surpass King David and his heirs, who were only adopted sons of God.

The ‘angel’ told here that the sheer creative power of God would result in a child who would not be conceived in the normal way – because this child would have a special purpose quite different to other children. He would be ‘holy’- not just virtuous, but set apart, special, mysterious.

Mary’s virginity is stressed in the gospel narrative to underline this breath-taking miracle. 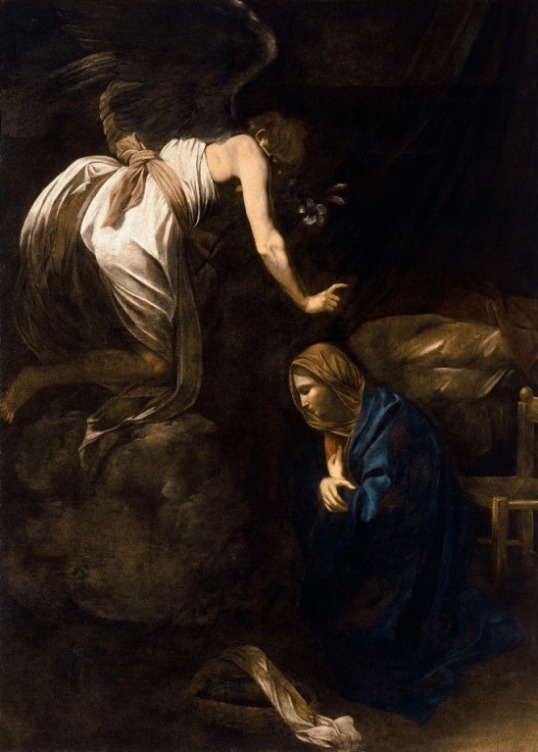 Mary quietly accepted the angel’s message, and God’s offer. ‘Let it be’ inverts her first words to the angel, which had been ‘How can it be?’ She had an interior, spiritual experience which she alone knew about; Luke tried to describe this experience as best he could. But in the end, the story is not about what happened to Mary, but about who Jesus is; not about how God created Jesus, but why.

Quietly as the angel had come, it left. God’s message had been given and received, and Mary was with child..

Read the black text at the end of this page

What happened next? See The Birth of Jesus 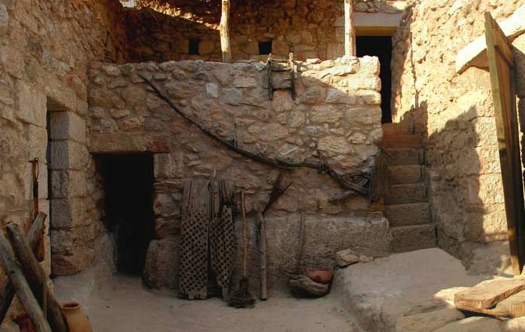 Luke 1:26-38 26 In the sixth month the angel Gabriel was sent from God to a city of Galilee named Nazareth, 27 to a virgin betrothed to a man whose name was Joseph, of the house of David; and the virgin’s name was Mary.

28 And he came to her and said, “Hail, O favoured one, the Lord is with you!” 29 But she was greatly troubled at the saying, and considered in her mind what sort of greeting this might be. 30 And the angel said to her, “Do not be afraid, Mary, for you have found favour with God. 31 And behold, you will conceive in your womb and bear a son, and you shall call his name Jesus. 32 He will be great, and will be called the Son of the Most High; and the Lord God will give to him the throne of his father David, 33 and he will reign over the house of Jacob for ever; and of his kingdom there will be no end.”

34 And Mary said to the angel, “How shall this be, since I have no husband?” 35 And the angel said to her, “The Holy Spirit will come upon you, and the power of the Most High will overshadow you; therefore the child to be born will be called holy, the Son of God. 36 And behold, your kinswoman Elizabeth in her old age has also conceived a son; and this is the sixth month with her who was called barren. 37 For with God nothing will be impossible.”

38 And Mary said, “Behold, I am the handmaid of the Lord; let it be to me according to your word.” And the angel departed from her. 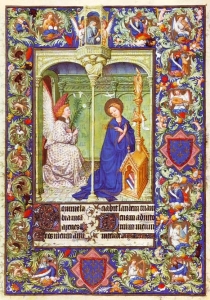 Angels in the gospels

Elizabeth refuge in a storm