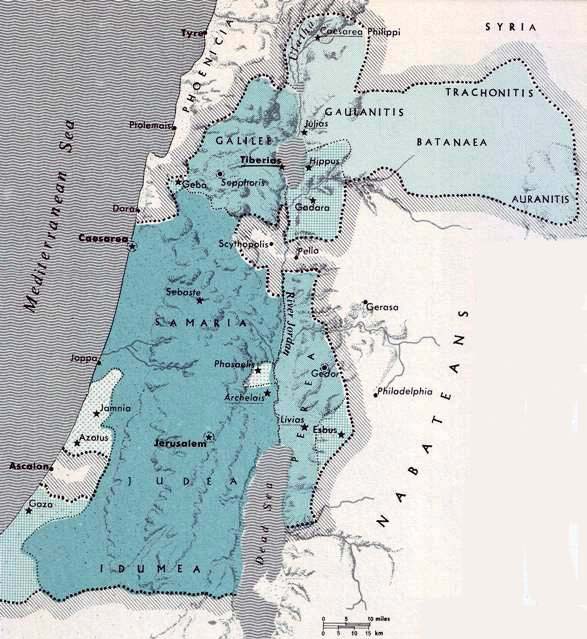 The provinces of Palestine in the time of Jesus – Judea, Idumea, Samaria, Galilee and Perea

After much hesitation, the emperor Augustus decided in 4 B.C. to divide King Herod‘s kingdom among his three surviving sons, as Herod had advised him to do before his death.

The cities of Gaza, Gadara, and Hippus, which had seethed with rebellion under Herod’s rule, were attached to the province of Syria.

All of Herod’s sons tried to imitate their father in building cities; Archelaus even called a new settlement in his own name: Archelais.

Herod Antipas remained till 39 A.D. Only Philip died in possession of his tetrarchy, in 34 AD. 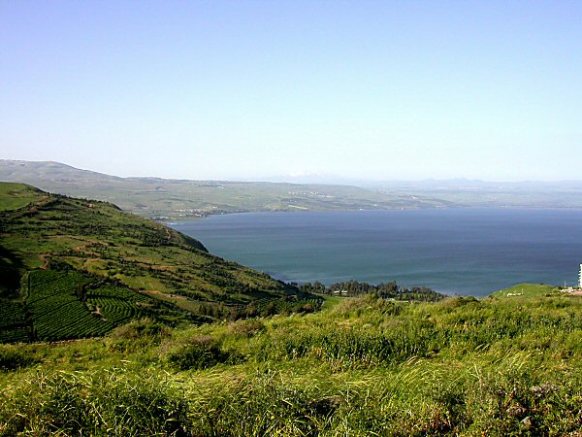 Fertile land around the Sea of Galilee 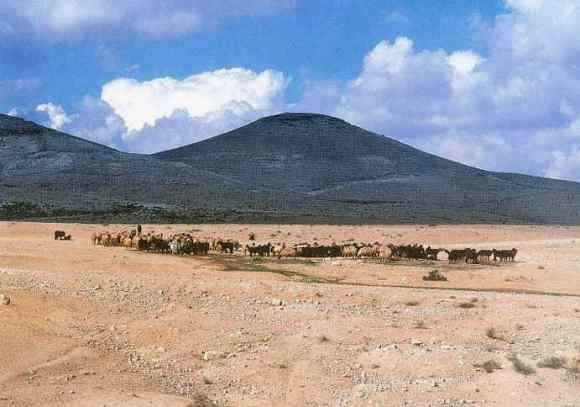 The rich coastal plain between Tel Aviv and Haifa