Tag Archive for: Food in Nazareth

Food: what people ate in Nazareth Reconstruction of a house interior, showing cooking and storage area 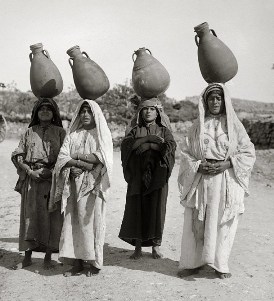 In fact, there was not enough space in a villager’s house for a kitchen as large as the one shown above. This kitchen would have been found in one of the richer houses of the period – not in a simple village like Nazareth. The house of Mary and Joseph’s family would have had a simpler cooking area, perhaps a circle of stones with a fire at the center, or a small bread oven. It was in the main room of the house – along with the sleeping and eating areas.

Cupboards were unnecessary, because small niches were cut into the walls – storage space for bed rolls, clothes, small items of food, etc. But grain or oil for cooking was kept in a separate storage area. There was also space for animals and their food-troughs, called mangers.

Twice a day, in the cool of the morning and in the evening, women took large earthenware pitchers to the village well, where they pulled the water up with a leather bucket on the end of a rope. This was the time of day when they talked with their friends, waiting to draw water. 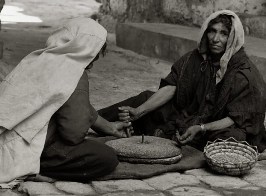 Meals were simple but wholesome. Bread, usually barley bread, was a feature of every meal, and women made it as often as needed. In summer, they probably baked several days’ supply at a time, to cut down on the discomfort caused by the heat of their oven.

Grain for bread was ground by the women on two grinding stones, the lower one fixed, the upper one rotating (see photograph at right and enlargement below). The grain was mixed with water, and then fermented dough, kept for this purpose, was kneaded into the dough, which was left to rise. Then the thin, flat circles of dough were slapped onto the hot stones in the fire, or placed in a bread oven if the family had one. 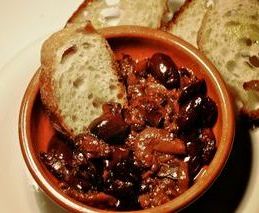 The main meal was eaten in the evening. It might consist of a lentil stew seasoned with herbs like cumin, black cumin or coriander. It was served with cheese made from sheep or goats’ milk, olives, onions and bread. Fruits included fresh figs and melon, as well as dried pomegranates and dates – dried fruits were a staple item in the Middle East. Wine, water and curdled milk, similar to liquid yogurt, accompanied the meal.

Sugar? Unheard of, so most people had healthy teeth. Honey was used as a sweetener, but only occasionally and usually by the wealthy. Meat was a rarity, kept for special occasions. Fish was much more common, and the dried fish industry was an important source of wealth for the people around the Sea of Galilee. The town of Magdala, not far from Nazareth, was a center of the dried fish industry, and Mary Magdalene may have earned her money from dried fish rather than prostitution – see Did Jesus Marry Mary Magdalene?

The ravines in the slopes and the rocky ground were suitable for clusters of trees whose olives were gathered, crusted with large grinding stones, pitted, and pressed for oil. The fields on the slopes could grow various grains – wheat, barley, and millet whose chaff was separated on threshing floors with winnowing.

The alluvial soil south of the village was sufficiently fertile for vegetables and legumes. Terraces built and irrigated along the steeper slopes maximized the grain harvest and could also support fig and pomegranate trees. An adequate water source was located at the western edge of the village, now called the Well of the Virgin, and it trickles along the length of the village, giving people the ability to grow their own food in small patches of ground. 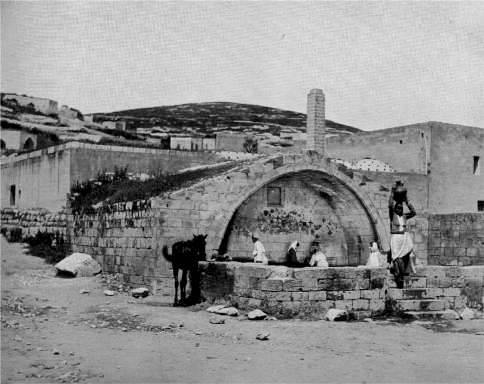 The home was important in Jewish religion. In our society, people associate prayer with a church. In the Jewish religion, both the home and the synagogue were places of prayer. A rabbi or scholar was in charge of prayer in the synagogue, but in the home each individual woman in charge of a household was responsible for the prayer-services held in that home.
This was how Mary and Joseph of Nazareth lived. 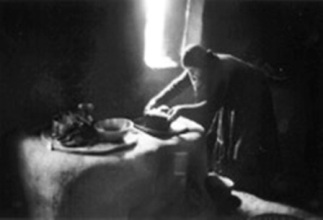 Jewish women prepared all the family’s food. In doing so, they played an important part in maintaining the ‘Jewishness’ of the family.

Mary of Nazareth almost certain kept a ‘kosher’ kitchen. This meant the kitchen itself, and each item of food, was ‘proper’ for a Jewish family. Certain foods were (and are) permitted to Jews; others were not.

Jews were forbidden to eat specific types of food, and had to prepare their food in a particular way. Their meat, for example, came from animals who had cloven hooves and chewed their cud – the goat and the lamb. These had to be be killed in a humane way, so that the animal suffered as little as possible. Kosher food
As a rule, animals that ate grass were permitted, animals that ate flesh were not. All reptiles were forbidden. Fish must have fins and scales; crustaceans could not be
eaten. 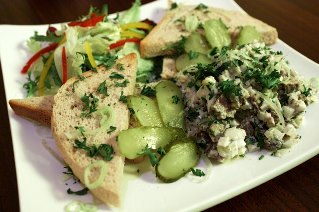 These were not arbitrary choices. Each of the forbidden foods had the potential to carry disease, or be dangerous in some way to anyone who ate it.

As a devout Jewish family, Mary and Joseph carefully observed the dietary laws of Judaism. 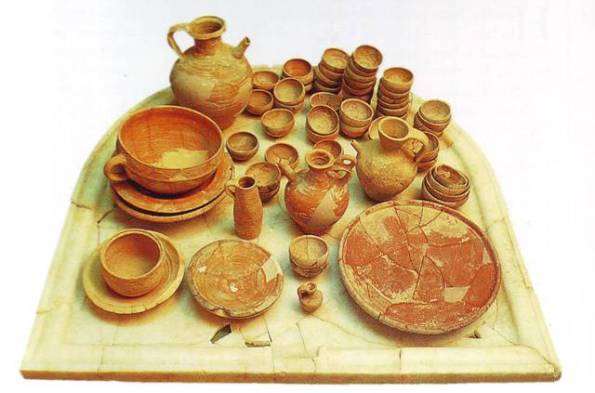 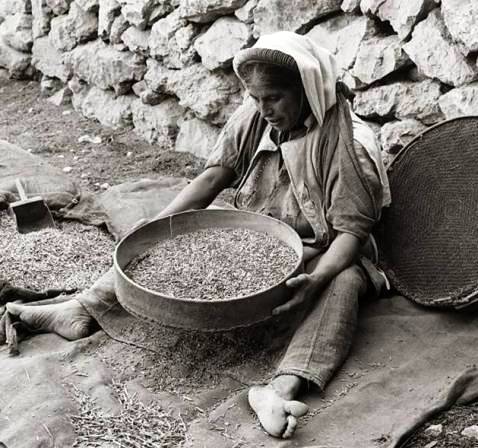