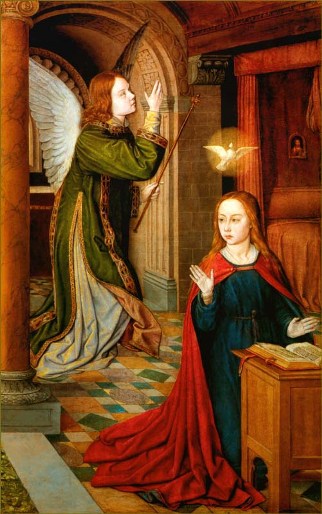 Were Jesus and Mary Magdalene married? Lovers? In a word, No.

We know this mainly because Jesus’ enemies never accused him of sexual misbehavior, which they certainly would have done if there was any likelihood of it being believed.

In the years after his death, Jesus was attacked on two points:

The enemies of the first Christians would certainly have accused Jesus of sexual misbehavior if there had been the slightest chance this charge would stick. No-one ever seems to have made the charge. 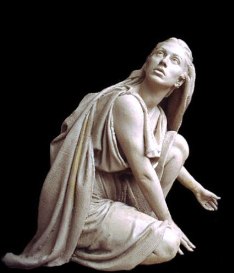 Another point: at the moment of extreme emotion when Mary sees Jesus for the first time after the Resurrection, she calls him ‘rabbouni’, the title his disciples used. She did not call him by his personal name of ‘Jesus’, which she surely would have done if she and Jesus had had the sort of intimate relationship that has been suggested in popular novels.

In complete shock at the sight of a living man whose dead body she had seen only hours before, she used the word she had always used, ‘rabbouni’, teacher.

Who was the real Mary Magdalene?

She was not the gorgeous red-haired woman often shown in paintings of the crucifixion. Reality was much less romantic. Nor was she a repentant prostitute.

In the centuries following Jesus’ death, Mary Magdalene became everything the Virgin Mary was not: a reformed, flamboyantly beautiful whore who was the perfect foil for the modest virgin/mother Mary. Both images departed from the original, more mundane truth.

What did the people around Jesus think?

Jesus had a considerable following during his life, enough to make him a cause for concern to the Roman and Jewish authorities. The gospels often mention crowds of people who gathered to hear him teach. He was a noted rabbi and teacher during his life. 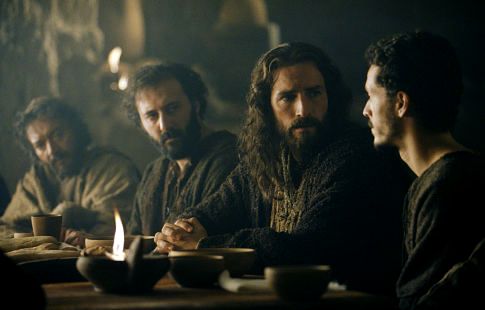 But Jews expect a high standard of behavior at all times from their rabbis, who must be constant role models to their followers. The Jewish crowds would never have paid any attention to a rabbi who consorted with a woman who was not his wife, or who had a ‘secret’ marriage. This would have instantly destroyed his credibility as a teacher.

If his disciples had doubted his integrity for even a moment, as they surely would have if he had been having any sort of illicit relationship with Mary Magdalene, they would have abandoned him and turned to some other teacher. There were many rabbis and teachers in 1st century Palestine for them to choose from.

If Jesus was married, would they hide it? 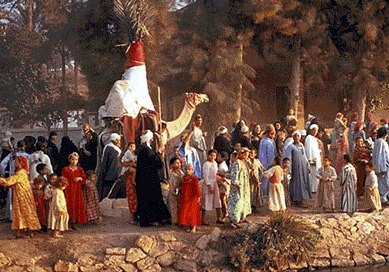 No, quite the reverse. At the time that Jesus lived, it would have been seen as a plus. Jesus was Jewish. The first commandment in the Jewish Scriptures is to ‘be fruitful and multiply’. Jews take this commandment so seriously that they have always endorsed marriage and sexual love.

A Jewish man did not consider he had properly fulfilled his obligations to God until he was married; the only exception to this was a man who chose to devote himself to the study of the Scriptures, although even then he was encouraged to marry. It is not impossible that Jesus had been married as a young man and was a widower. It is more likely that he had chosen the second way of life, of teaching and studying Scripture, and had not married because his itinerant way of life made this impossible, in that culture at that time.

If Jesus had had a wife at the time of his ministry, he would have been proud of the fact. He would certainly not have tried to keep it hidden. There would have been no ‘secret marriage’. Christianity in a later period endorsed celibacy as a way of life, but as a Jew, Jesus would have been perplexed by the idea of celibacy, seeing it as non-fulfillment of God’s commandment to ‘Go forth and multiply’.

What was the gospel of Mary Magdalene?

This text was written at least a century after the events, and certainly not by Mary Magdalene. It was written for a specific purpose, to promote the role of women in the church hierarchy of the time, by people who believed in the truth of their own dreams/ visions.

Different translations of this ‘gospel’ give different impressions of the vision described. The exact meaning of the words is much debated. The original remnant of manuscript is badly worn, tattered and difficult to decipher. Moreover, the words are open to different interpretations, eg does ‘kiss’ mean the common kiss of greeting, or a sign of unity and compassion, or a sexually passionate act? The manuscript does not make this clear, and describes what seems to be a symbol-laden dream/ vision, not a real act.

A life of Mary Magdalene

What is an Angel?