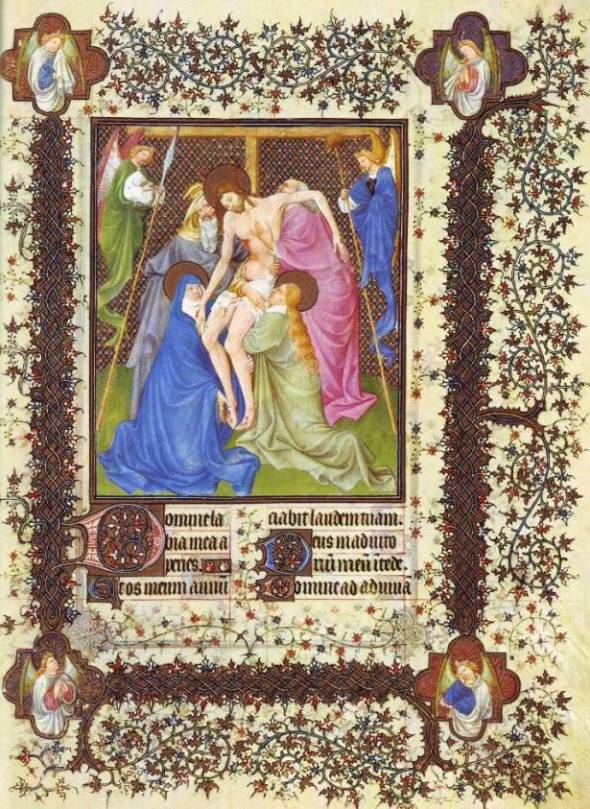 The Belles Heures of the Duc de Berry includes no less than three scenes of Christ on the cross. One of these is a painting showing Jesus’ family and disciples lowering the body from the cross. Christ is mourned by his companions and his body is displayed. The composition is thus a precursor of the famous Lamentation by Roger van der Weyden in the Prado  (see the link below) 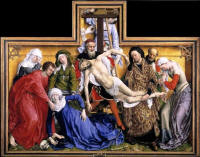 But the artist here replaced realistic items such as ladders with the slender converging diagonals of the lance and reed. They seem to provide support to the two symmetrical angels, who though quite substantial lack lower limbs and end in ﬂoating draperies.

The corpse is not easily held upright, although the ﬁgures press against it as buttresses.

The man at the right (Nicodemus?) beneath Christ’s arm tries hard, but Joseph of Arimathea remains rather detached. Perhaps that is why in the end the painter, confused about this man’s role, made him an oddly mannered ﬁgure.

The two angels are related in color to ﬁgures diagonally opposite in the compact principal group. The four grieving angels in the quatrefoils of the richly decorated frame are also arranged diagonally in pairs, two with blue tunics on red backgrounds and two in pink on blue. Similarly two of them pray, and two lament.

Jesus is taken down from the cross

Jesus’ friends pried his dead body off the cross and lowered it into the arms of his mother Mary, and into the care of the disciples, mostly women, who waited on the slopes of Golgotha. The ‘Pieta’ by Michelangelo 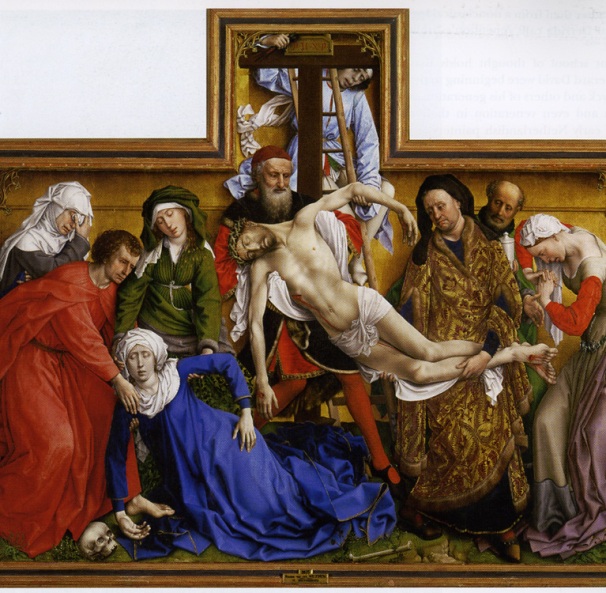 ‘Descent from the Cross’, Rogier Weyden 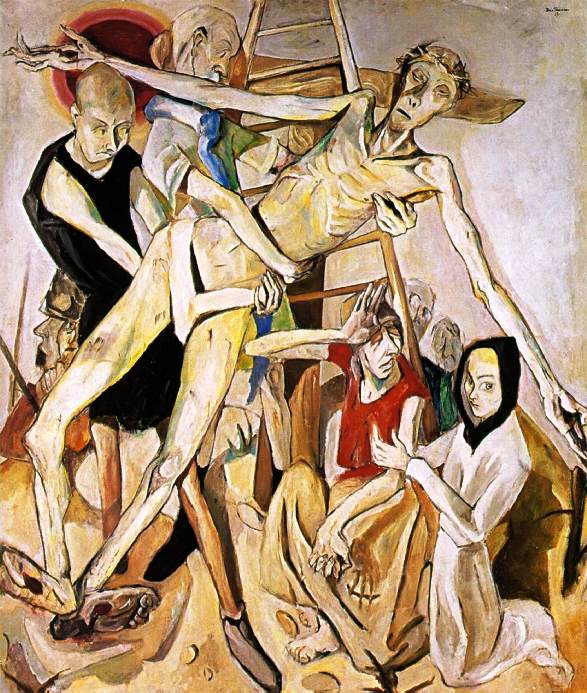 Note that this German painting was done at the height of World War I,
with Christ opening his arms to suffering humanity 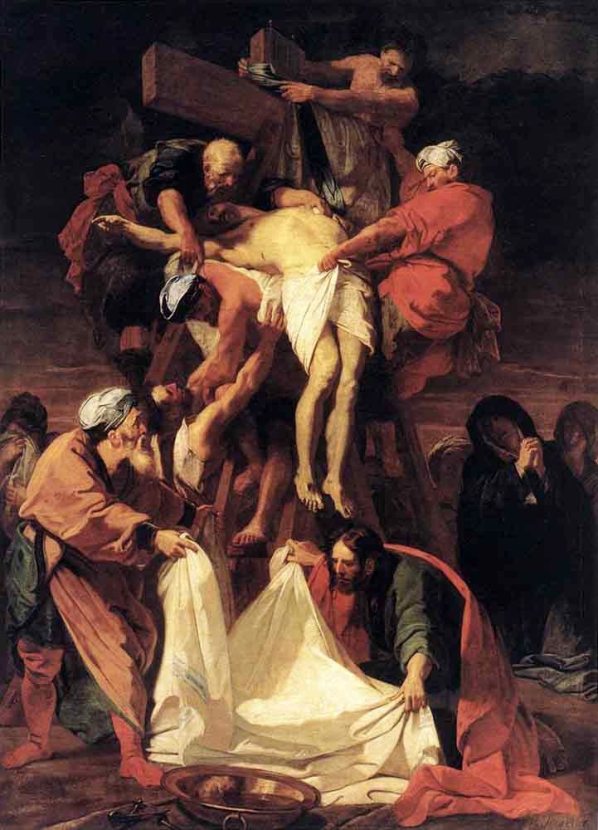 ‘Descent from the Cross’, Jean Jouvenet 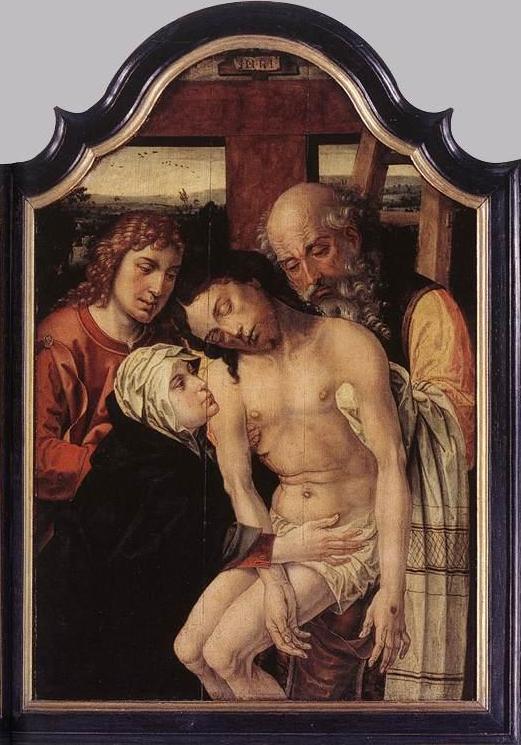 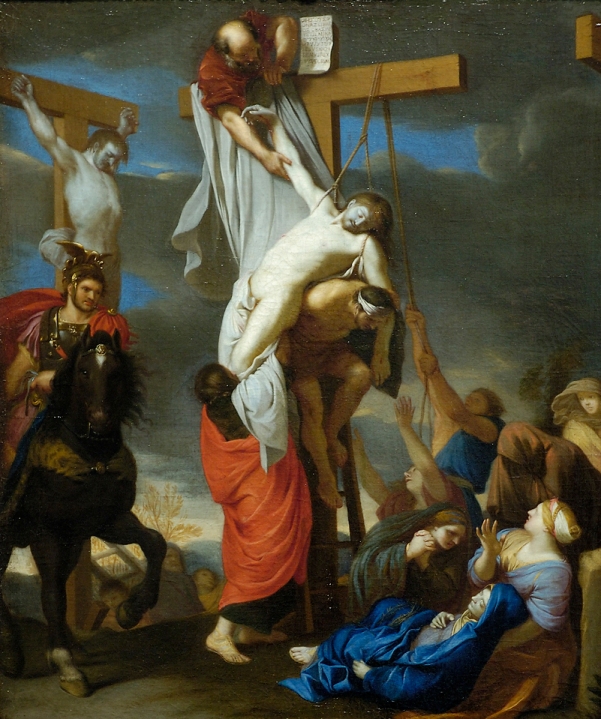 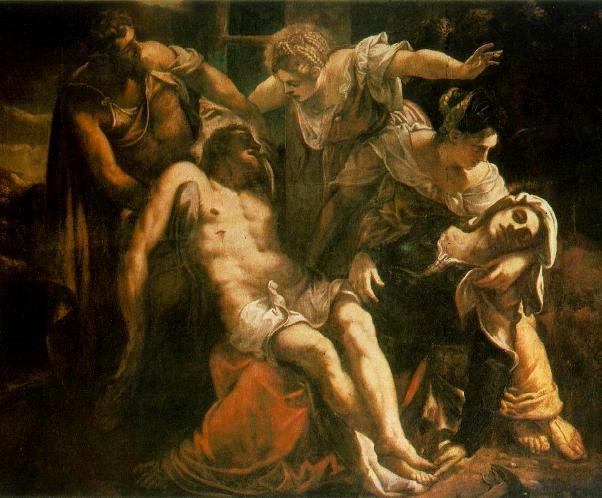 ‘The Descent from the Cross’, Tintoretto